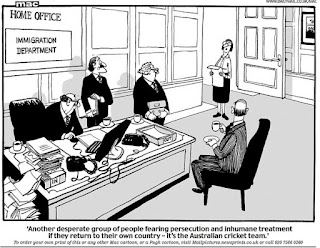 Well, a fast week coming back from the bank holiday and lots of discussion on block chain.
Of the various types of ‘chain’ available, public / private / consortium, I feel my initial sentiment, that the consortium model is most appropriate, appears to hold true.
I was also delighted to learn the meaning behind the name of Mt Gox (which never made sense to me) Magic: the Gathering Online Exchange i.e. Mt Gox!
As ever, there is just too much news to distill. What’s happening in the operation and regulation of our day to day markets (MiFID II) and where those markets might be going (distributed ledger).
We now appear to have fairly well organised structures / roles for tracking and commenting on market structure changes (a role that was far less defined pre-MiFID).
It now strikes me that as an industry, there is a lot going on in the distributed ledger space, although as yet, our responses are not that co-ordinated.
For example, we have FCA with Project Innovate, the Blackett Review, the Payments System Regulator setting up a strategy forum, the EC setting up their Digital Commission and not to mention the interest of HM Treasury and the BoE!
This is a lot of engagement. Who has the bandwidth for all these issues?
On more practical matters. Delighted to see CSDR coming out with uniform rates, fines and implementations. A delight to see so many operational 'domestic market practices' harmonized.
Meanwhile my swimming continues. Lots of lengths, with the plan to swim the Solent crossing on the 21st Sept. The cause is for Motor Neurone Disease.
http://www.swimmingthesolent4mnd.com/
An earlier scheduled swim has been postponed due to bad weather / conditions. I’ll be mightily disappointed if I book accommodation down there and don’t get the chance to swim!
2 weeks until RWC 2015 kicks off.
Unbelievable…and an exciting prospect.
Have a great week-end all, whatever your leisure.
s.riley.mail@gmail.com
http://clearingandsettlement.blogspot.co.uk/
If we knew what it was we were doing, it would not be called research, would it?
- Albert Einstein
Blockchain
The Rise and Fall of a Bitcoin Kingpin
How a bullied geek forged an empire out of digital currency, and became a suspect in a half-billion-dollar heistMt. Gox was originally a site…made for people to exchange Magic cards (thus the name — Magic: the Gathering Online Exchange, or Mt. Gox for short).
http://www.rollingstone.com/culture/features/the-rise-and-fall-of-a-bitcoin-kingpin-20150827
** Note: A Mt Gox problem is a Mt Gox problem – NOT a Bitcoin problem. Bit like a Regulated Market problem is not an equities problem.

BLOCKCHAIN IS WHERE BANKS HAVE THE MOST OBVIOUS OPPORTUNITY. BUT YOU IGNORE BITCOIN AT YOUR PERIL

Some regulatory regimes are purposefully not tough on new sectors to allow them to grow and self regulate to a degree. Ultimately there comes a point when building something new you have to interact with the regulator. Having the people with the experience to engage strategically with regulators, as well as come up with creative / automated regulation solutions is the key gap in fintech and banking.
http://www.sytaylor.net/2015/06/21/why-banks-are-sleepwalking-into-extinction-and-what-to-do-about-it/#disqus_thread
Earthport launches the first fully compliant gateway for real time payments
London, UK, August 18 2015 – Earthport, the largest open global bank payment network, today announced the enhancement of its global gateway to enable real-time cross-border payments via distributed ledger protocol. With a single, simple integration into Earthport, its clients can have access to the fastest payments possible, whether through the company’s Expedited Payments (Global ACH); Faster Payments (in the markets where available), and now, Real Time Payments, via a partnership with Ripple Labs.
http://www.earthport.com/pr/earthport-launches-the-first-fully-compliant-gateway-for-real-time-payments-via-distributed-ledger/
FCA: Project Innovate
The Call for Input closes on 7th Sept.
http://www.fca.org.uk/your-fca/documents/call-for-input-regulatory-barriers-to-innovation-in-digital-and-mobile-solutions-
Government for Science report / Blackett Review
https://www.gov.uk/government/uploads/system/uploads/attachment_data/file/413095/gs-15-3-fintech-futures.pdf
https://www.gov.uk/government/publications/fintech-blackett-review
The new Payment Systems Regulator (PSR), is currently in the process of setting up a Payments Strategy Forum.
https://www.psr.org.uk/psr-publications/market-reviews/mr1521-final-terms-reference-infrastructure
European Commission: A Digital Single Market for Europe: Commission sets out 16 initiatives to make it happen
http://europa.eu/rapid/press-release_IP-15-4919_en.htm
HM Treasury
https://www.gov.uk/government/uploads/system/uploads/attachment_data/file/414040/digital_currencies_response_to_call_for_information_final_changes.pdf
"4.7 The government recognises that the technology associated with digital currencies offers considerable promise, making it possible for users to transfer value (or other information) quickly, efficiently and securely, providing a permanent record of what has taken place, and without the need for a trusted third party to oversee the process. In response, the government is launching a new research initiative which will bring together the Research Councils, Alan Turing Institute and Digital Catapult with industry in order to address the research opportunities and challenges for digital currency technology, and will increase research funding in this area by £10 million to support this.
4.8 In addition, in February 2015, the Bank of England announced it will undertake research on central bank-issued digital currencies as part of its new research agenda. This work covers the potential costs and benefits of doing so as well as the economic impact, technological requirements and necessary regulations for a central bank-run system."
India
Interoperability reaches India?
Sebi to revise clearing corp norms; mulls interoperability
http://economictimes.indiatimes.com/articleshow/48655450.cms?utm_source=contentofinterest&utm_medium=text&utm_campaign=cppst
Not today…
Committee on Clearing Corporations
On interoperability / viability of single Clearing Corporation, the committee recommended that at this juncture, maintaining separate clearing corporations for each exchange would be prudent.
http://sebi.com/
Regulation
ESMA advises Commission on implementation of CSD Regulation
ESMA has delivered the Technical Advice on the level of penalties for settlement fails, and the substantial importance of a CSD for the functioning of the securities markets and the protection of the investors in a host Member State.
file:///C:/clients/data/Downloads/2015-esma-1219_-_final_report_csdr_ta_incl_cba_for_ec.pdf
(page 15)
DRAFT REPORT on stocktaking and challenges of the EU Financial Services Regulation: impact and the way forward towards a more efficient and effective EU framework for Financial Regulation and a Capital Markets Union
http://www.europarl.europa.eu/sides/getDoc.do?pubRef=-%2f%2fEP%2f%2fNONSGML%2bCOMPARL%2bPE-564.921%2b01%2bDOC%2bPDF%2bV0%2f%2fEN
or
http://www.europarl.europa.eu/committees/en/econ/draft-reports.html
CPMI-IOSCO: Harmonisation of key OTC derivatives data elements (other than UTI and UPI) – first batch
This consultative report is one part of the CPMI-IOSCO Harmonisation Group's response to the FSB mandate. It focuses on a first batch of key data elements (other than UTI and UPI) that are considered important for consistent and meaningful aggregation on a global basis.
http://www.iosco.org/news/pdf/IOSCONEWS396.pdf

http://www.financialstabilityboard.org/wp-content/uploads/OTC-Derivatives-Ninth-July-2015-Progress-Report.pdf
A group of 11 industry associations have called on regulatory bodies to address the problems of poor data quality in derivatives reporting.
One idea floated by the group would be to create a central 'data dictionary' that defines and clarifies derivatives trade and reference data and workflow requirements for each reporting field required by regulators globally.
http://www.finextra.com/news/fullstory.aspx?newsitemid=27472
The London Stock Exchange has inked a deal with Boat Services to build a MiFID II-compliant multi-asset reporting platform.
The real-time service will bring together the LSE's and Cinnober-owned Boat's existing MiFID-compliant trade reporting platforms and complement the T+1 MiFID and Emir transaction reporting service available via UnaVista.http://www.finextra.com/news/fullstory.aspx?newsitemid=27801&utm_medium=NewsFlash&utm_source=2015-9-3
AIMA: Impact of Basel III on hedge funds and asset managers
AIMA announced a new survey that explores how Basel III bank capital rules impact money managers and their financing relationships.
http://www.aima.org/en/media/press-releases.cfm/id/ED552942-2DAC-4CAA-AE738157A9983262
*** Don’t get excited, this is the survey…not the results.
Looking at FX in MiFID.
A. What is the scope?
Given the implications of a currency contract being a MiFID financial instrument, it is hardly surprising that there has been considerable debate surrounding the issue of when an FX contract is a currency payment or FX spot contract on the one hand, or an FX forward contract on the other: the former does not comprise a MiFID financial instrument, while the latter does. It is broadly agreed that a currency contract which settles within two trading days is a spot contract while one which settles after seven trading days is an FX forward contract. However, Member States have taken different approaches to the classification of FX contracts the settlement date of which is between 3 and 7 trading days. Moreover, some Member States have transposed MiFID so as to exclude certain categories of FX forward contracts from the definition  of financial instrument and those excluded categories themselves vary across the Member States.
http://www.lexology.com/library/detail.aspx?g=1b534d67-7aec-42c8-a5b0-f11d5c5680ca
B. Does the inevitable regulatory creep provide future commercial opportunities?
Financial data outfit Markit has agreed to buy DealHub, a provider of trade processing and trading services to the foreign exchange market. Financial terms were not disclosed.
http://www.finextra.com/news/fullstory.aspx?newsitemid=27761&utm_medium=NewsFlash&utm_source=2015-8-24
Results
Cinnober Interim Results.
http://www.cinnober.com/financial-reports
http://www.cinnober.com/sites/cinnober.com/files/page/15_Q2_eng.pdf
Hong Kong Exchange
Record results (full set including LME).
Webcast: http://edge.media-server.com/m/p/jm9ncq9w/lan/en
http://www.hkex.com.hk/eng/exchange/invest/results/Documents/150812_INTERIM_E.pdf
Source:
http://clearingandsettlement.blogspot.com/2015/09/blockchain-consortium-and-cons…
Share
Category
RSS feed