Brentry and unpacking, the BTC by half, ESMA paper, chains...I'm for Theil and bravo Hillary! 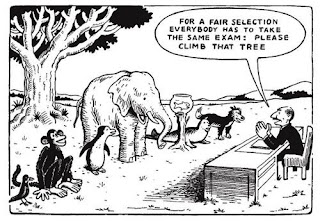 Some more thoughts on unpacking....Brexit to Risk.

With the BTC halving date fast approaching felt I better get something out on this.

My focus on the coming days is with the chains themselves...so if you're a chain or you have excellent contacts with a chain please let me know. Will make these investigations public in the coming weeks and via the ISITC Europe working group.

The National Settlement Depository (NSD), Russia’s central securities depository, has developed and successfully tested an e-proxy voting system running on a distributed ledger built with Nxt blockchain.....why they chose NXT instead of Bitcoin or Ethereum
https://nxt.org/russias-central-securities-depository-uses-nxt-blockchain-voting/

http://www.bitcoinblockhalf.com/
(approx 75% of bitcoins have already been mined.)
Bitcoin price continues to rally:
https://blockchain.info/charts/market-price
All, interesting. At the halving date, around 10th July, in theory (ignoring transaction fees) a miner will receive 50% less for his efforts...therefore you would expect some 'rational' miners (who know their break even and cost of business)..to stop mining until either price recovers or costs fall (e.g. energy). Hence I would expect the hashing / difficulty to fall....yet this does not appear to be the case.
https://blockchain.info/charts/difficulty
So, rewards are halving, price is rising and so is the hash rate. That all sounds super bullish to me.
Some more data here:
http://bravenewcoin.com/news/is-bitcoin-at-risk-from-miners-leaving-when-the-block-reward-is-halved-in-july/

http://www.financemagnates.com/fm-home/instinet-europe-taps-richard-parsons-as-ceo-succeeding/
Why ABN Amro Wants to Separate Bitcoin from the Blockchain
http://www.coindesk.com/dutch-bank-abn-amro-bitcoin-blockchain/

To date, I must say, I've found the Cameron 'fear' campaign, be it shouting, scaring or withholding government departments from furnishing the material for an informed debate more of a reason to vote to leave rather than to stay. I like Boris, but it is more the actions of Cameron that has forced me to re-think my initial default position to remain.
So, what is a good European to do? And makes up a good European? Is what is good for Europe good for Britain? Or should Britain's interests be considered paramount to those of the EU? I think Britain in the EU certainly makes the EU better....but does it make Britain better?

Lets unpack some issues:
CSR
I believe good ethics and good business can go together. Both sides of the same coin. Environmental sustainability does not need to mean a drop in profitability. Is the UK more green, with more blue flag beaches etc with the threat of Europe hanging over it? Yes, I believe so.

I assume the WWF is independent, and they've published what I think is a very poor and unconvincing paper at getting their points across.
http://assets.wwf.org.uk/custom/stories/euthinkenvironment/
I think Britain is 'Greener' if it remains.

Maybe, as 'good Europeans' the UK should leave, let Europe crack on and sort out all the capital reallocation and re-distribution problems they have: Greece, Portugal...then Spain and Italy and France...and then we can come back in and join the fold. Too many cooks can spoil the broth...so let 'em crack on and we'll re-join them after dinner.

When I was at the Swift conference two young guys were in front of me. I assume only in the labour market for 1-2 years. All they wanted to know was how would it effect their tax code. So what does Brexit mean for the working, UK, person? There is the fear of overall economic disruption (recession), but assuming you preserve your job, I would expect some easing of the tax burden. Ideally it would be great to see the Government to hand back 100% of the savings. Why do they feel they have to spend this money? A corporation would be slaughtered for squandering a cash windfall. The shareholders would demand a buyback at the very least.

Then there is the issue of David Cameron.
a) He was elected, just over a year ago, with an unexpected landside. Part of his mandate was to bring harmony into the ranks of the Conservative Party. Now every MP just wants to be re-elected. Sorry, self preservation stands above all else. We know that. So why do so many become polarised? If a casual observer like me is challenging his thoughts God knows what it is like within the political ranks. He has failed on party harmony....which is not surprising given
b) He has personalised his attacks. Why? This is not the debate that makes Britain Great. This is the most disappointing aspect.
c) Cameron set out to renegotiate a better deal for the UK. I did not once get the feeling he was ever even negotiating. What I saw was a man who liked to hob-knob it around Europe and feel grand when he was invited into the many grand palaces in Europe. Cameron's ego has become vast...and I'm not sure that is a lens that permits an unbiased view for what is best for Britain.

So, I do believe in a better and stronger Europe. I think Cameron failed to renegotiate and that Brussels is too full of irrelevant bureaucracy.

I think the UK should Brexit...and then immediately make clear they want to apply to rejoin. Rejoining of course would be on a better understanding of everything from CAP to Capital requirements to support the financial structure of members from Greece upwards.

So, I'm for BRe-entry. i.e British Re-Entry. Let's leave...to join again...on current, relevant, terms as opposed to inherited terms and conditions that have lost their context in a 'post crisis' (?) world.

I'm delighted for Hillary...in part because I can't see Trump as a real alternative.
One interesting stat....is how little Trump has actually spent on his campaign.
http://www.nytimes.com/interactive/2016/us/elections/election-2016-campaign-money-race.html
http://metrocosm.com/the-history-of-campaign-spending/
...and just one group Mr Trump offended along the way had a response...
http://www.huffingtonpost.com/entry/heres-a-dick-pic-mosaic-of-donald-trump-and-its-breathtaking_us_56464bb5e4b08cda3488c07e

I can't believe the Wallabies have never played England in a 3 series test on 'home' soil.
....see opposing coaches, and former Randwick rugby teammates, Michael Cheika and Eddie Jones go head to head....http://www.aru.com.au/news/newsarticle/tabid/1699/articleid/15548/qantas-wallabies-to-host-england-in-historic-2016-test-series
Aust v England kicks off this week-end....
...and I think something is going on with the round ball game too...is it France?

...as ever...when you're researching stuff you get drawn down a few rat holes (well at least I do!)

I must say, I found this a fascinating reading. Sad reflection on me, I know, but something about it just drew me in. This is a masterclass in unpacking / categorising and identifying risk. Great work Mr Brenner. Respect.

How the General Hazardous Materials Behavior Model (GEBMO) for Hazardous Materials emergency responders evolved.
This document presents...recollections about the development of the D.E.C.I.D.E. and GEBMO models, now widely used in hazardous materials emergency response training and operations. As you proceed, it will help to know that this work produced a new framework for thinking about hazardous materials emergencies, new response objectives, new incident decision processes, new ways for assessing response performance and above all, about a 90%+ reduction in casualties among emergency responders at hazmat emergencies.
http://www.starlinesw.com/lbjr/HMdocs/GEBMO/GEBMO.html

This story needs some unpacking too.

Hulk Hogan in the news.
I'm not an expert on WWF but I must say, I have a soft spot for Hulk Hogan (as about the only name I recognize from the genre). I had no idea of his unpublished (private) works.
https://en.wikipedia.org/wiki/Bollea_v._Gawker

http://www.private-eye.co.uk/.
Somehow they manage, perfectly, in my opinion, to keep investigative journalism alive along with great satire.
Mediums like Gawker, that seek to thrive on making a mockery or bringing misfortune into other people lives make me despair.
Vinod Khosla, a long-time Silicon Valley entrepreneur and investor, tweeted, “click bait journalists need to be taught lessons. Far less ethics and more click chasing in press today. I'm for #theil”

If it takes a US$140 myn fine (quite modest by banking standards) to act as a wake up call against unethical or deplorable practices...then happy days!

http://www.nytimes.com/2016/05/26/business/dealbook/peter-thiel-tech-billionaire-reveals-secret-war-with-gawker.html
I'm for Theil too!

And now some unpacking that leads to a crazy result.
Jerome Kerviel, rogue trader, wins unfair dismissal case
http://www.bbc.com/news/world-europe-36472099?ocid=global_bbccom_email_07062016_top+news+stories
How?
Let's just say I know people who've been sacked for less.
How could you expect not to be sacked after losing close to 5byn?

My brother however distills some different thoughts...
"There is a lot of talk about corporate organisational culture, you do personality profiling as you deem people of a certain disposition are better suited to particular roles.  Well the type of personality for traders is a risk taker, in for the joy and challenge of the big win, not afraid of failure, less prone to see the downside of actions.  Well if an organisation puts in place recruitment policies to employ these types of individuals and then each year rewards success (ie who turned the biggest profit) and frowns on those that had the lowest outcome as made less “risky” investments (of course within the pool your trading).  If an organisation has a culture of rewarding big dollar wins and is less concerned on process (all the supporting documentation is on the shelf however it is not the playbook that live and breathe day to day) then the organisation must also share some of the responsibility for errant behaviour.
Will this drive a rethink where we profile lower risk individuals with high moral values into these trading roles or do we go no that wont work as money is king so then as an organisation we need to beef up checks and balances so better to capture rogue behaviour.
Of course there must be personal accountability however it is all too easy for a massive corporation with resources to stack the deck against lone individual."
Source:
http://clearingandsettlement.blogspot.com/2016/06/brentry-and-unpacking-btc-by-h…
Share
Category
RSS feed
RSS feed