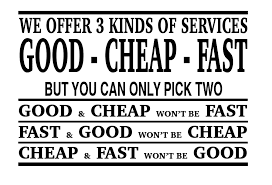 Each time I set out to do a blog post...so much more comes along. Anyway, time to turn thoughts back to adoption and governance.

1. DLT is a noun.
I enjoyed attending and moderating the DLT section of the Annual Clearing and Settlement conference. One takeaway I tried to give at the conference is that DLedgerT is a noun. A ledger is a ledger. It is a thing, a noun, it doesn't do anything. There are people claiming DLT will do all sorts of wonderful things. It won't. What it will do is allow things that are already being done to be performed much more efficiently.

2. Adoption of DLT.
I had the pleasure of 3 "fireside chats" with DAH, Paxos and Clearmatics. Each of them very real use cases. My observation on all of this is that DLTechnology is becoming commoditised. I don't mean the fabrics / chains, they are still very much evolving. I'm keen to see the new release of Hyperledger (and how Corda will dovetail into this) and see how Ethereum gets on. Regardless, of the technology, as we move from Proof of Concept to adoption we need legal certainty, dispute resolution and governance. So whilst we're becoming familiar with the technology just being 'an enabler' what is the critical overlay for adoption is governance. It comes as no surprise to me that we're seeing a flurry of legal position papers, each of they will be trying to position themselves as the legal certainty partner for adoption.

The models I see emerging are Vendor based (e.g. DAH working as a vendor to ASX where ASX leverage their existing legal framework for the process of adoption. Consortia based. Slightly longer lead time as the governance arrangements take time to put into place and then finally Strategic Partner.

Some of those papers:
Norton Rose: Can smart contracts be legally binding contracts?
http://www.nortonrosefulbright.com/knowledge/publications/144559/can-smart-contracts-be-legally-binding-contracts
Mayer Brown (Law firm) will present "Regulatory Approaches and Issues in Practice of Blockchain DLT in Financial Markets”.
http://www.isitc-europe.com/entries/working-groups/next-blockchain-dlt-work-stream-meeting
EY: Blockchain: five profound legal impacts
https://eylaw.ey.com/2016/11/22/blockchain-five-profound-legal-impacts/
Accenture files patent for editable blockchain...(Ummm, I don't think this is the right way to view privacy. I don't think they'll get a lot of value from this patent!)
https://www.cryptocoinsnews.com/accentures-editable-blockchain-prototype-draws-criticism/

3. R3 in the news (and on the street!)
Spoiler alert, dreadful pun intended. Every coin has two sides....I'm amazed that the funding status found it's way onto the web. When I started my DLT journey I had no idea of which sources of news to 'trust'. (I was anchored to traditional media - since then I've become(?) a twit / twitter'er). For as much as there is news of firms embarking on a different DLT fork, what is clear, is that everyonne is still in the game - some are just realigning their chips.

4. FCA Sandbox.
24 firms have been announced into the sandbox. Now, you may have different categorization to me but I thought it interesting to see where the use cases 'clustered'. Payment type cases are 25% (6), 'retail' interface applications 25% (6), another 25% (6) are not ready yet (so they're phase 2), and the balance is made up of 3 in Capital Raising, and One (yep 1) each in insurance, loans and Id.
https://www.fca.org.uk/news/press-releases/financial-conduct-authority-u...

5. ...and another thing...VMHC.
Sorry, I just wanted to have a rant about this. Variation Margin Hair Cutting has once again come to the fore. It enrages me! (Sorry, I know, who gets agitated about VMHC?). Anyway, this is the idea that once a CCP runs out of money / skin in the game they then start to pilfer funds from anyone that has a positive variation margin. i.e a profitable position. This is just stupid. What about the contagion risk of international markets and hedged portfolio books? Robbing Peter to pay Paul in one jurisdiction / asset class just compounds the problem. Yes, it's a G20 inspired regulatory remedy, intended to prevent the tax payer from bailing out the market. OK. I get user pays and I'm on board with that concept too. But really, VM? Surely IM would be a better instrument for this. VM is a blunt instrument not best suited for the job. Poor choice. Yes, I further appreciate this is a super Black Swam event where we're talking about the simultaneous default of at least 2 of the top clearing firms but that is still no justification for enshrining the wrong principle. Grrrr.

6. ...and finally, oh what to do with those rupees? Risk, in whatever form is like a stress ball. You strap down one avenue...and just as quickly another seam opens. The unintended consequence of a super well intentioned motive to squeeze the Indian Black economy...Bitcoin. And then we have the IRS demanding wallet details. I expect India will join the chorus.

Festive and season greetings to all. Time to get those Xmas decorations up!

S
PS. The piccie was going to be Trump and the remodeled HairForce One but the project managers dilemma made me smile.

Blockchain company R3 CEV has reduced the amount it aims to raise from bank members in its first large round of equity funding to $150 million from $200 million and is changing the structure of the deal, according to a person familiar with the plans.
R3, a New York-based startup that runs a consortium of more than 70 financial institutions, now plans to give bank members a 60 percent equity stake in exchange for the funding, the source said.
Initially, it aimed to create a new company providing shared services for the owners, who would get a 90 percent stake. R3 would have run this utility for 10 years and retained a stake in it.
Goldman Sachs Group Inc (GS.N) and Banco Santander SA (SAN.MC), both original participants, are not renewing their memberships and not investing in the deal, spokespeople said.
http://www.reuters.com/article/us-blockchain-r-idUSKBN13G25J
Updated w/ MS and NAB out.
http://www.reuters.com/article/us-blockchain-r-idUSKBN13G25J
Updated with amazing leak:
Opted-out: Banco Santander, Goldman Sachs, J.P. Morgan, Macquarie Group, Morgan Stanley, National Australia Bank, and U.S. Bancorp.
http://www.coindesk.com/leaked-r3-funding-book-reveals-7-banks-blockchain-distributed-ledger/
http://web.archive.org/web/20161126042239/http://pastebin.com/UZczM1a4

Only weeks after the execution of a hard fork to mitigate various DoS (denial-of-service) attacks, the Ethereum network and its developers are struggling to deal with yet another major flaw. This time, major issues in regards to smart contracts have emerged, which have rendered the efforts of decentralized applications in the Ethereum network purposeless
https://www.cryptocoinsnews.com/ethereum-smart-contract-issues-frustrate-developers-fatal-bugs/

IRS Demands Records of 4.8 Million Bitcoin Users
The IRS (Internal Revenue Service), filed a petition in federal court seeking disclosure of all Coinbase US customer records over a three year period, 2013-2015.
“The government has not alleged any wrongdoing on the part of Coinbase and its petition is predicated on sweeping statements that taxpayers may use virtual currency to evade taxes.”
http://www.financemagnates.com/cryptocurrency/news/irs-demands-records-of-4-8-million-bitcoin-users-over-3-alleged-tax-dodgers

R3's Corda's code will be contributed on Nov. 30 to the Hyperledger project - a cross-industry project led by the non-profit Linux Foundation to advance blockchain technology by coming up with common standards.
http://www.r3cev.com/press/2016/10/20/exclusive-blockchain-platform-developed-by-banks-to-be-open-source

R3 has collaborated with the Monetary Authority of Singapore (MAS) to launch its first dedicated distributed ledger technology (DLT) Center of Excellence in Asia. The lab will be established at Lattice80 in the Central Business District (CBD) of Singapore.
http://www.r3cev.com/press/2016/11/8/r3-partners-with-monetary-authority-of-singapore-to-launch-asia-blockchain-centre-of-excellence

Connecting digital islands in trade finance
Michael Vrontamitis, Global Head of Trade, Product Management, Standard Chartered, talks about the industry’s slow progress in digitalising trade finance.
https://www.finextra.com/videoarticle/1369/connecting-digital-islands-in-trade-finance
** This piece was recorded at SIBOS '16. I think Michael does a good job and succinct job. Basically, Trade is a good use case as it has external drivers (i) price reduction in underlying commodities and (ii) reduced commodities demand and lower growth rates. However, a) you need to digitise trade, before you can digitise trade finance, and b) complexity of counterparties in the ecosystem with disparate approaches results in digital islands. He mentions some technologies: OCR, Cloud, AI, Algo's, Big Data...all of which I think are irrelevant until you get a DLT solution in place. Once you have the data addressed, then you can start to be creative.

In traditional applied cryptography, security assumptions tend to look something like this:
No one can do more than 279 computational steps
Factoring is hard (ie. superpolynomial)
Taking nth roots modulo composites is hard
The elliptic curve discrete logarithm problem cannot be solved faster than in 2n/2 time
https://github.com/ethereum/wiki/wiki/Problems
*** I love this. So much content out there and I am still naive in my crypto security and authentication journey. Even the sources alone are interesting. So, much in the GitHub and Reddit domains.

ESMA prepares for MIFID II Systematic Internaliser regime
The earliest mandatory deadline on which firms must comply with the SI regime, when necessary, is 1 September 2018
https://www.esma.europa.eu/press-news/esma-news/esma-prepares-mifid-ii-systematic-internaliser-regime

Adding it all up: the macroeconomic impact of Basel III and outstanding reform issues
...the results suggest that Basel III can be expected to generate sizeable macroeconomic net benefits even after the implied changes to bank business models have been taken into account
http://www.bis.org/publ/work591.htm

ESMA has finalised its technical advice to the European Commission on aspects of future rules for benchmarks.
In particular: how benchmarks’ reference values can be calculated by using data reporting structures under existing EU rules such as MiFID II and EMIR; some of the criteria for deciding when third country benchmarks can be endorsed for use in the European Union (EU); and what constitutes making a benchmark figure available to the public.
https://www.esma.europa.eu/press-news/esma-news/esma-finalises-advice-future-rules-financial-benchmarks

ASX Welcomes Guidelines for Equities Clearing Competition
The ASX, which has been under pressure from trading firms to lower costs, has said it will decide by the end of 2017 whether a new blockchain-style system will replace its current method for clearing and settling stocks.
http://www.financemagnates.com/institutional-forex/regulation/asx-welcom...

Post-Trade: From the EEC to Here
http://ds.thomasmurray.com/opinion/post-trade-eec-here

The creation of Credit Suisse (Schweiz) AG.
The new legal entity going live has involved the transfer of around 1.4 million clients into the new bank. Credit Suisse will reveal at a later stage the amount of assets transferred.
Local rival UBS established a new Swiss subsidiary in 2015.
http://uk.reuters.com/article/uk-credit-suisse-swiss-ipo-idUKKBN13F0JP
Credit Suisse said on Tuesday it will dismantle its asset management unit into its private bank
http://uk.reuters.com/article/uk-creditsuisse-asset-management-idUKBRE88O15L20120926

For those that doubt Global Warming, or it's more politically correct term: Climate Change.
https://www.youtube.com/embed/hC3VTgIPoGU?rel=0

"If I had asked people what they wanted, they’d have told me ‘a faster horse’!"
Henry Ford.

I was actually searching for the Harari quote, which I found coincidentally I found in this 2009 blog post - which is still as true today. Impressive blog post to stand the test of time!
http://garysaarenvirta.blogspot.co.uk/2009/03/disruptive-innovation-versus-continuous.html