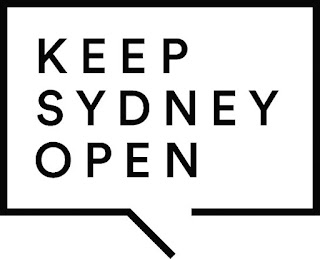 I've been pondering the Legal Framework of Bitcoin / Blockchain.

The more fundamental question is... is it property (an instrument of bata, a security, a 'something tangible) or is it a currency (which is a slightly different animal to property)?
...and why do we care?...

In many legal systems, receipt of stolen property is treated very differently to receipt of stolen money. If a pawn shop accepts a stolen bike, its operators are expected to return it to its rightful owner if discovered, without reward. If a coffee shop takes a stolen fiver, it can keep it.
http://www.theguardian.com/technology/2014/mar/31/bitcoin-legally-property-irs-currency

At the end of all this mumbo jumbo, it just gets back to the plain simple context. What are we trying to do? If we are using blockchain / DLT for currency and cryptocurrency things...looks like the UK/EU is barking up the right tree. But this might be a bit Bitcoin centric. If we are looking at using blockchain / DLT in more wide ranging applications....then the US approach looks more future proof.
Ultimately, it is not the technology that should be regulated...it is the application. (I appreciate we all know this already...but it is just interesting to see how it is already playing out). Some of the links / sources I found interesting below.

Several people have recommended Twitter to me.
So, I have joined the twitterati.
@DLTweetRiley

https://twitter.com/DLTweetRiley
I'm still finding my 'wings' in this medium but I'f you're on twitter, please feel free to tweet me.

If you're at the FinTech storm event tonight please do say hi!
http://www.tech.london/events/fintech-storm-blockchain-6-april-2016

Have a great week all,

UK Guidance from HMRC.
...As an EU tax, the VAT treatment for cryptocurrencies adopted by the UK must be consistent with any treatment that may eventually be implemented across the EU...

...the CFTC stated that Bitcoin is a virtual currency...p29

A nice round up for every jurisdiction in the world here:
https://en.wikipedia.org/wiki/Legality_of_bitcoin_by_country
(note, the foot notes are the most useful part).

This site could also be really useful...but it doesn't appear to be upto date.

Regulation of Bitcoin in Selected Jurisdictions

Digital currencies: response to the call for information

First of all a plug for the upcoming ICDA Blockchain Conference, London, April 19-20, 2016
Beyond the technology buzz, how is the blockchain shaping the future of banks, exchanges, derivatives markets and commodities from a business development perspective?
http://www.incoda.org/
*** If you're not an ICDA member please let me know and I can arrange a discount code for you.

Another piece that grabbed my interest given the pioneering DLT work of the ASX.

ASX chief Elmer Funke Kupper resigns
"Normally, you ride this thing out," he told The Australian Financial Review. "It's not right, it's unfair, it's trial by media but it's also the responsibility of running one of the most respected institutions in the country. But this is me rising above it. It destroys my life but for me it's rising above it."
http://www.smh.com.au/it-pro/asx-elmer-funke-kupper-resigns-20160321-gnng9v#ixzz43dxSinAG
A bit of bitcoin folklaw...with a source (well, as much as you want to trust a Guardian editor!) to back it up.
Bought in 2009, currency’s rise in value saw small investment turn into enough to buy an apartment in a wealthy area of Oslo
http://www.theguardian.com/technology/2015/dec/09/bitcoin-forgotten-currency-norway-oslo-home

http://www.coindesk.com/meet-man-will-hack-long-lost-bitcoin-wallet-money/
Microsoft’s Azure Partners With R3 Blockchain Consortium
http://blogs.wsj.com/moneybeat/2016/04/04/microsoft-signs-r3-blockchain-consortium-up-for-azure/
When software and hardware are intertwined, does a warranty mean you stop supporting the hardware or does it mean that the manufactuer can intentionally disable it without consequence? 17 months ago, Google acquired Revolv, a very cool home automation hub.
https://medium.com/@arlogilbert/the-time-that-tony-fadell-sold-me-a-container-of-hummus-cb0941c762c1#.6d3mb0iui
*** I found this interesting because of the context. Can 'bricking' software make your hardware investment redundant? Think Planet of the Apes, some hardware can run long after the software support has lapsed. I like to retire my kit when I choose, not when my software developer does.
It's also an interesting insight into how Google is looking at the content of each of the divisions under Alphabet. (e.g. Google Nest).

One area that I want to expand on is "Master Data". There is much discussion about this...but before expanding too much on the point I think more work needs to be done on understanding various data elements. (and where we go for Golden Source...and what that means for consensus).
I very much like the work of GLEIF.
In October 2015, the Global Legal Entity Identifier Foundation (GLEIF) launched the Global LEI Index, which provides information, updated daily, on all LEIs issued to date. Any interested party can easily access and search the complete LEI data pool free of charge using the web-based LEI search tool developed by GLEIF.
https://www.gleif.org/en//lei-data/global-lei-index/lei-statistics

Some sites I've been browsing and putting into context in my own mind map of the evolving blockchain eco-system. Some great content out there...and a whole host of generalisations too!

https://www.linkedin.com/pulse/death-sydneys-nightlife-economic-collapse-its-night-time-matt-barrie
Such a passionate write up deserves a piccie!

*** Interesting exercise. Bringing modern media methods to history (kinda like trying to make history accessible via Horrible Histories!). I wonder how different things would have been with coordinated communication channels. Military emphasis on comms has always been valued...just don't get me started on the Byzantine Generals problem!
https://en.wikipedia.org/wiki/Byzantine_fault_tolerance
*** Bonus!
http://www.drdobbs.com/cpp/the-byzantine-generals-problem/206904396?pgno=1
You can get some C++ source code to solve the problem here.

Is Hell exothermic or endothermic?
https://www-users.cs.york.ac.uk/susan/joke/exoendo.htm
An oldie, but a goldie. Dunno why I was talking about Boyles law this week but this nails it for me.
BTW, if Hell was finite...then given the rate of souls entering Hell I believe all Hell would already have broken loose. I also believe in the goodness of human nature. Therefore, ultimately, I believe Hell will indeed freeze over.
...and Geoff...Avogadros number just for you (since you're more of an 'ideal' gas typa guy)!
https://en.wikipedia.org/wiki/Avogadro_constant

Stacked Deck
The effects of race on eBay auction pricing.
https://psmag.com/stacked-deck-6d9cd30e8636#.wsalqk8eh
*** I fear this is sad, but true. The sample size is a bit too small to really carry weight in my mind - but as a generalisation, I do think it reflects a deeper problem in society today. Despite all the noises we make about tolerance and respect there is still something 'there'. But we'll get there, slowly but surely - look how far we've come in a generation. Gotta love kids (and the education system for throwing them together).

A blockchain "Token" joke! WooHoo!
Q: A man pushed his car to a hotel and lost his fortune. What happened?
A: He's playing monopoly!
(OK, it's not a digital token)

Be wise to yourself and take the risk.
~Behold the turtle. He makes progress only when he sticks his neck out~

A fool can throw a stone in a pond that 100 wise men can not get out.
Saul Bellow
RIP
http://www.economist.com/node/3860504?fsrc=scn/tw/te/pe/ed/saulbellow